Irises have specific color classes and patterns.  You’ll see them referred to in the following terms. For more in-depth information on iris colors and patterns, see the excellent article “What Do You See?” from the Fall, 2015 issue of Roots. (PDF download)

Self: as its name suggests, these irises have standards and falls of the same color.
Examples of selfs: 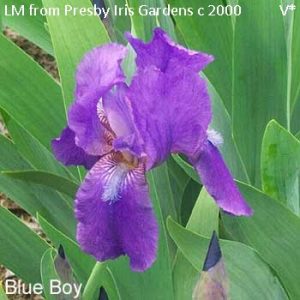 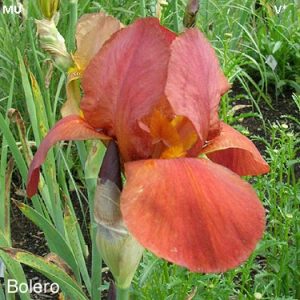 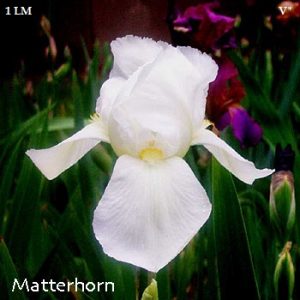 Bicolor: A bicolor iris has standards of a different color than the falls.
Examples of bicolors: 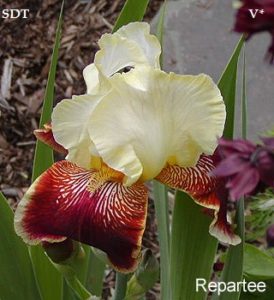 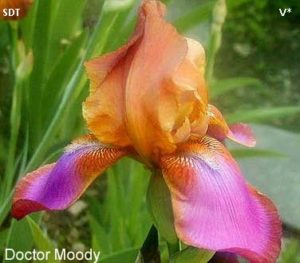 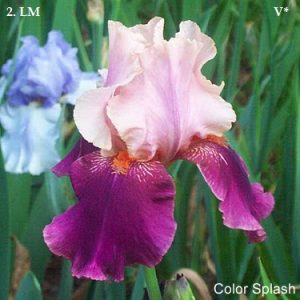 Amoena (ah-MEE-nah): An amoena is a type of bicolor iris in which the standards are white and the falls are a different color.  One of the most famous historic amoenas is ‘Wabash’ (Williamson, 1938). Amoenas come in a variety of colors. An iris with colored standards and white falls is called a reverse amoena.
Examples of amoenas: 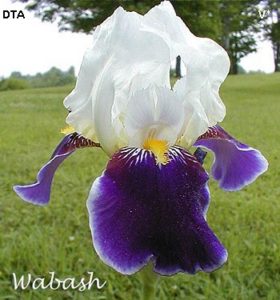 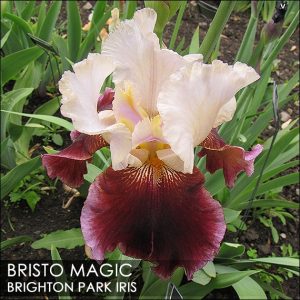 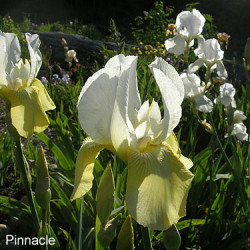 Bitone: a bitone iris has standards and falls of the same color, but the standards are lighter than the falls.  An iris with darker standards and lighter falls is called a reverse bitone.
Examples of bitones: 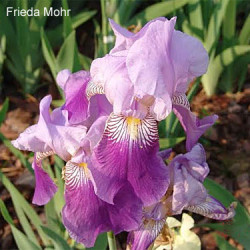 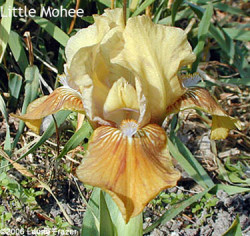 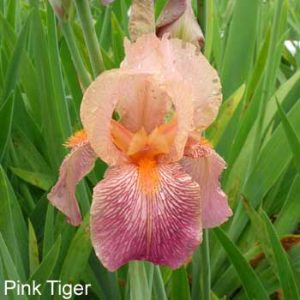 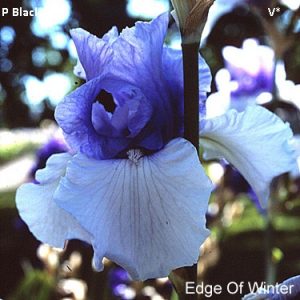 Neglecta: a neglecta is a specific color of bitone, in which the standards are light blue/purple, and the falls are a dark blue/purple.  A reverse neglecta has dark standards and light falls.
Examples of neglectas: 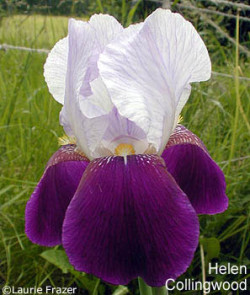 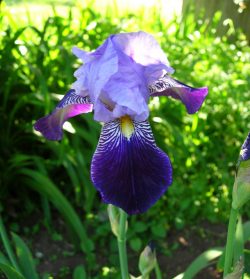 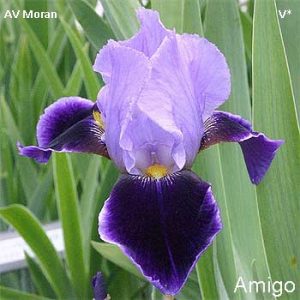 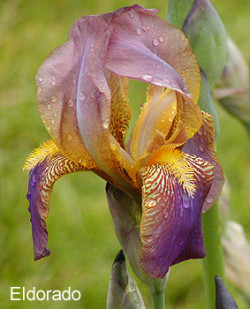 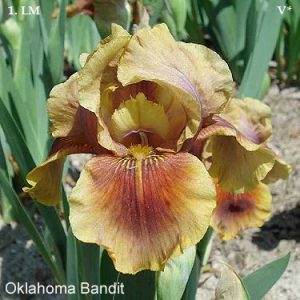 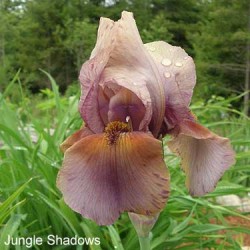 Variegata: this is a specific color pattern: the standards are yellow or gold and the falls are red, maroon, or brown. The falls may be heavily veined or solid in color.
Examples of variegatas: 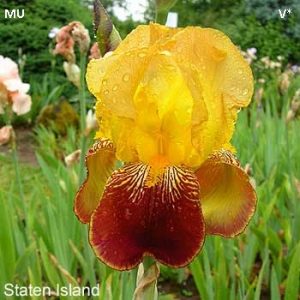 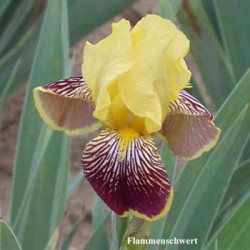 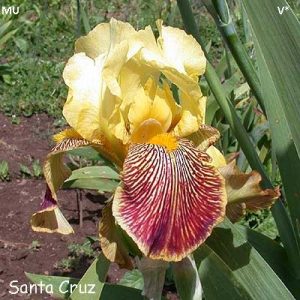 Plicata:  the falls have darker edging in a stippled or dotted pattern, on a lighter ground.  The pattern is sometimes called “stitching”.  The standards may also have an edging.   Plicatas come in all colors of irises.
Examples of plicatas: 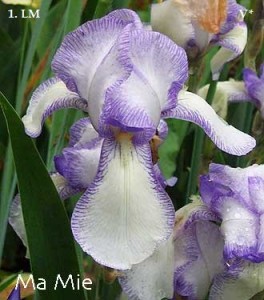 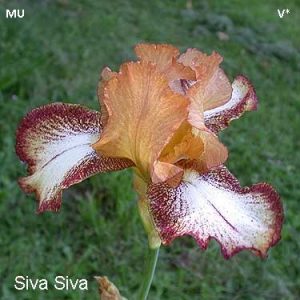 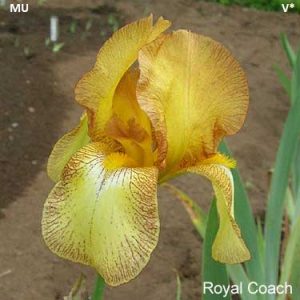 Luminata: These irises have a white or yellow ground with color washed over it.  They appear to glow from within.  The veining of the standards and falls has no pigment.
Examples of luminatas: 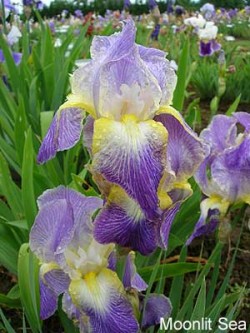 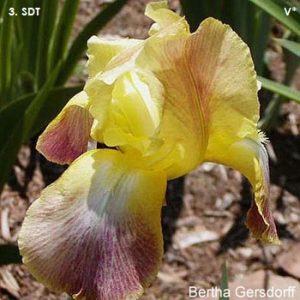 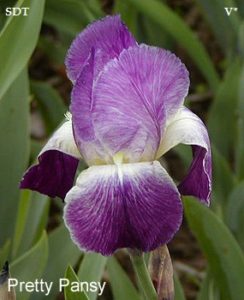 Broken Color: a pattern in which color appears to be splashed or streaked on the petals in an irregular pattern.
Examples of broken color irises: 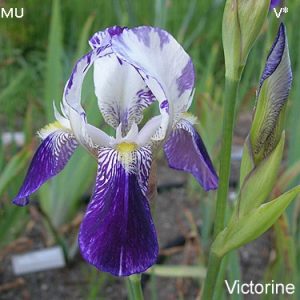 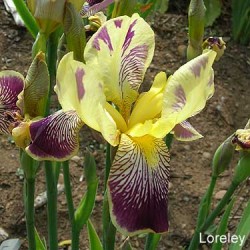